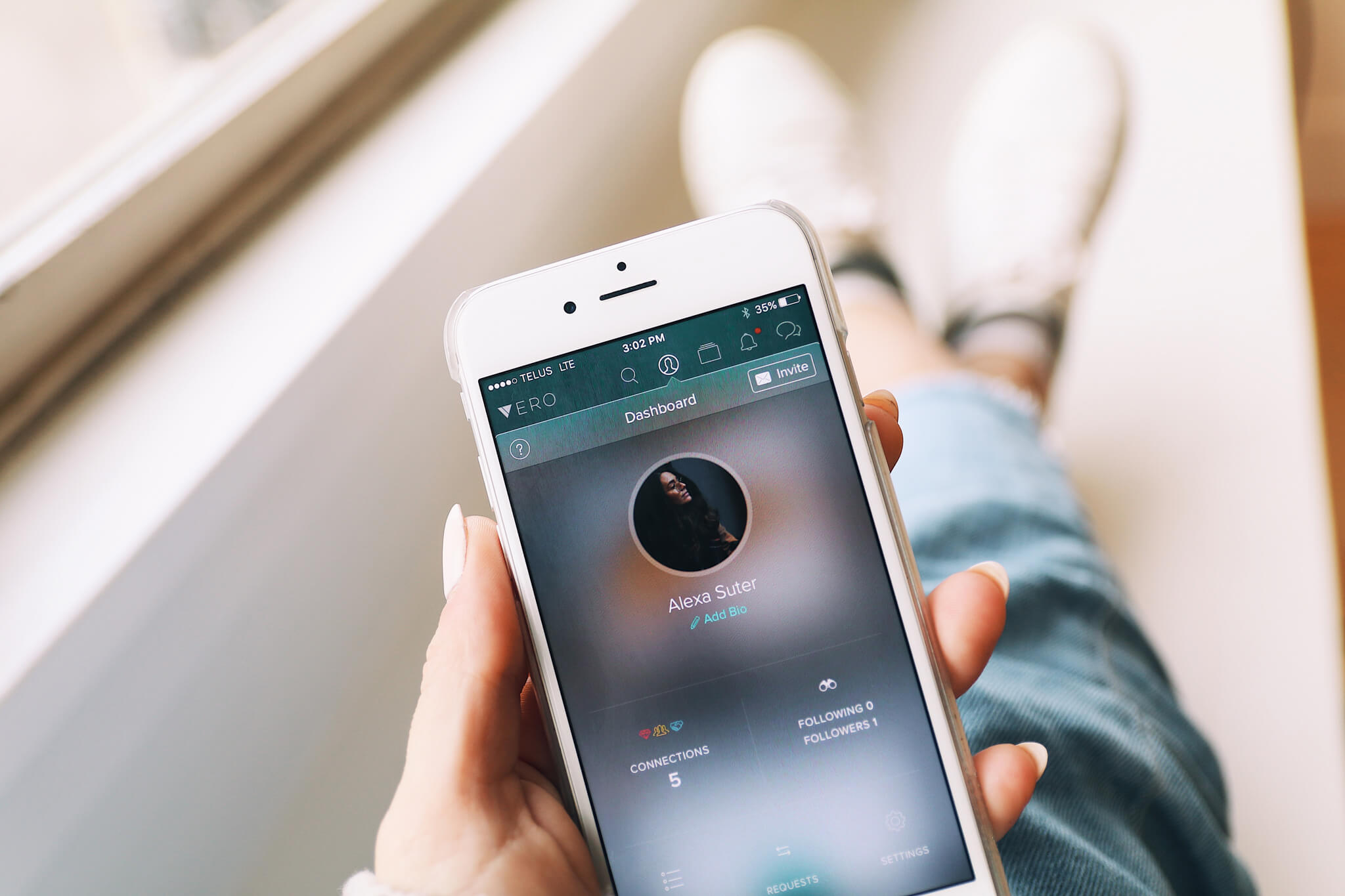 What is Vero and Do I Need it for My Business?

What is Vero and Do I Need it for My Business?

As regular tweeters and lapsed users alike will know, social media changes practically on a weekly basis. From new features and altered interfaces, to Twitter doubling its character limit, Facebook upping its gif game and Instagram ads becoming more and more common, there’s a lot to keep on top of.

However, what we haven’t had for a while is an entirely new social media site to get our heads around. Whilst Snapchat has become more popular with brands and LinkedIn embraces a slightly more relaxed vibe, these developments pale in comparison to the launch of another possible contender, and this is why Vero has got everyone talking.

This month, Vero suddenly shot its way up to the top of the Apple App Store. To be honest, it isn’t actually that new, having launched around three years ago. Still, if we count “new” as something that makes people say Huh? What’s that? Never heard of it, then surely it’s alright to refer to Vero as the new kid on the block.

So, what is it? Well, Vero is another social app that jumped from 500,000 users to over a million in just a few days. It was created by Ayman Hariri, who was fed up with the existing platforms that we all know and love/hate. Its design and functionality combine elements of Facebook, Twitter and Spotify, allowing text posts, photos, website links, and recommendations for entertainment. It all sounds pretty standard and not particularly revolutionary, but there are some factors that put this app in a league of its own.

Unlike every other social media website, Vero doesn’t have an algorithm. This means that your posts and those of your friends appear chronologically, just like Facebook, Twitter, Instagram and LinkedIn back in the good old days. Most people will realise why this is such a big selling point, but for those of you who don’t use social media much it might be unclear. Put simply, the dreaded algorithm format has enraged individuals and businesses for years, as it can negatively affect your personal enjoyment, as well as a brand’s reach.

Many believe that automatic curation is not only irritating but also unfair, illogical and often damaging to a social app’s reputation, so Vero is very much turning heads thanks to its lack of the filthy A-word. By removing the algorithm model entirely, it makes everything fair again.

But that’s not all. Another key difference is that you can have friends and followers, combining the I-have-to-know-this-person-to-add-them Facebook format with Twitter and Instagram’s hey-they-look-cool-I’ll-give-them-a-follow approach. This allows you to decide who sees what, kind of like privacy settings that are easy to understand and actually work properly.

But wait, there’s more! The first million users get Vero for free for the rest of their lives, but anyone who joins in their wake will at some point have to pay a small annual subscription fee of a few pounds a year. You’re probably thinking that this sounds rubbish and wondering why anyone would pay for social media. The answer is simple: there will never be any adverts. Whilst ensuring that personal data is kept safe and not sold to companies in exchange for ad revenue, this also means a more fluidic and valuable user experience.

Meanwhile, though still in beta mode, the app will offer brands a presence too, but the reach of their messages won’t be dependent on the amount of cash they inject. This will encourage the creation of high quality content, which is what social media for businesses should have been about all along.

If you’re interested in our social media marketing services, give us a call on 01482 363005 or email design@drunkanimal.com. And yes, we can set you up on Vero if you like keeping your finger on the pulse of the latest tech