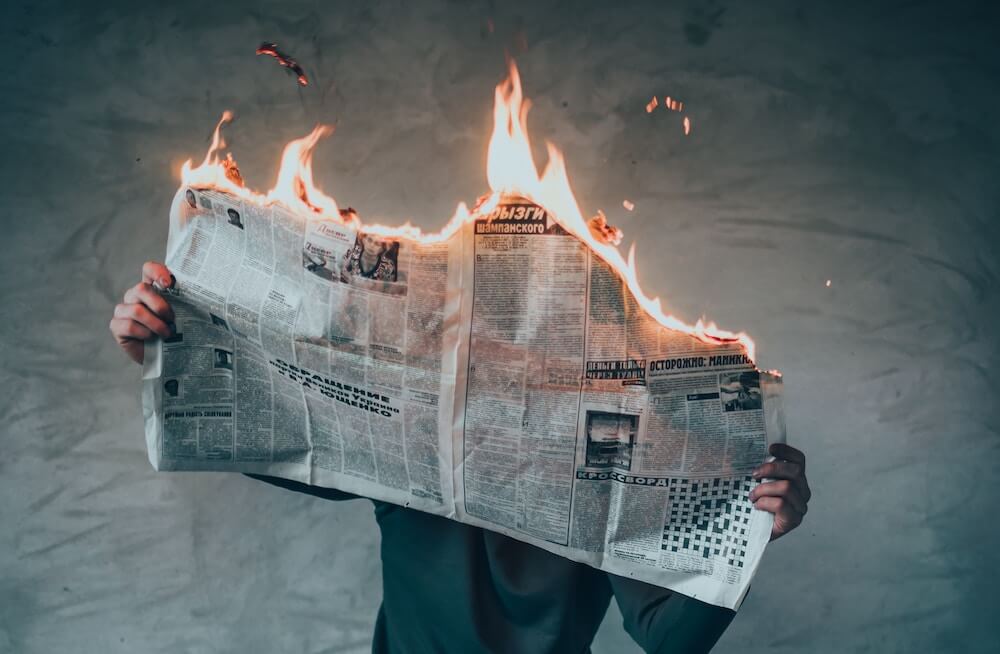 What is Fake News and Why is it Dangerous?

What is Fake News and Why is it Dangerous?

Whilst biased views and blatant propaganda have been around for generations, the 21st century has seen an explosion of fake news across the internet and social media, which plays a large role in the spread of disinformation and confusion.

What is fake news?

As the name suggests, fake news is online content that, quite frankly, is a load of &*%*! It can range from seemingly legitimate articles, to stories that smell fishy and reports that are obvious hoaxes. Most fake news is created with the sole purpose to misinform and deceive readers as a means of either influencing public opinion, promoting a political party or simply causing chaos.

Where is it published?

Quite often a piece of fake news will be hosted on a disreputable website dedicated to sharing this type of trash. Sometimes it can even be on a false website that’s been designed to look just like a genuine one that already exists, such as that of a newspaper, blog, bank, charity or business. The giveaway will be the web address, which does of course have to be slightly different from the real one but is often so subtle that it’s easy to miss the discrepancy.

Why is it a problem?

Though fake news has existed for a few years, people are reading it far more often than they were two or three years ago. This is due to social media and other networks rapidly growing as sources of information. The more people that share it, the larger the audience and the greater the infiltration of fake news across communities and countries.

Needless to say, when a large number of people believe falsified information, the ramifications can be terrible. These can range from condemning a celebrity who hasn’t actually done anything wrong, to being cheated into voting for a particular political party that you perhaps wouldn’t have if you knew the real facts.

How can I spot fake news?

There are multiple categories of fake news, which include clickbait (sensationalist and untrustworthy headlines), propaganda (a piece that’s heavily favouring a specific political party or cause), satire/parody (created for entertainment purposes), poor journalism (involving unreliable information and badly written copy), misleading headlines (blowing the topic out of proportion), and biased news (not quite propaganda, but clearly slanted to meet the writer’s agenda).

Usually it’s easy to spot fake news from the headline or the image used to promote it, but sometimes it can take a few paragraphs before you realise that the article is fake in some way. The real danger is taking as gospel a piece of news that’s on a website that you haven’t visited before, so always consider its validity.

Even better, double-check the topic by searching for it on other news websites. If there’s clearly inconsistency or you can’t find the information anywhere else, it’s most likely fake.

What’s being done about it?

Thankfully, Facebook and Google allow you to report something that you believe is fake news, plus media companies such as the BBC and Channel 4 are focusing on cutting it down.

However, individual social media users have the biggest share of the power, as taking the time to flag up fake news with the platform you find it on will go a long way to reducing its volume both now and in the future. So the next time you read something dodgy, make sure to report it.

Ready to find out how we can help your brand to grow and evolve? Call the team on 01482 363005, send an email to design@drunkanimal.com or message us on Facebook, Twitter and Instagram.