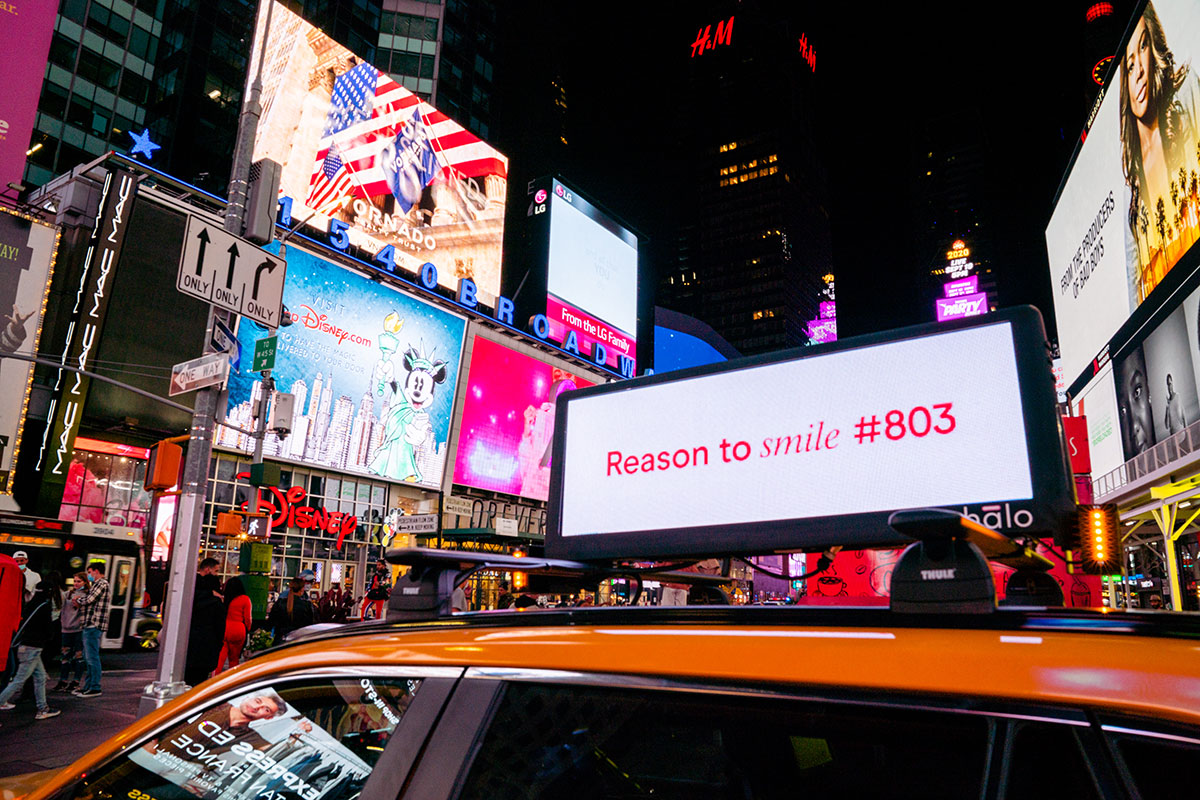 The importance of design in hard times

The importance of design in hard times

Isn’t it great when you see the perfect article that ties in so nicely and complements one you’ve just written? Well, following yesterday’s thought piece on the Government’s view on the arts and media industry, an article by Creative Review has done exactly that.

How can design and advertising help New York rebuild? A brilliant campaign has been created by a teledentistry brand called Candid, with one purpose; encouraging New Yorkers to keep smiling.

I was in New York City for the third time in February, just before the pandemic catapulted us into a new reality. It doesn’t matter if it’s your first time in the City that never sleeps, or the tenth, it continues to inspire, amaze and surprise you. Every single time. There’s always something new to discover; Times Square gets brighter, Brooklyn Bridge gets bigger, the food gets tastier.

Not shy of a month later, a desolate Times Square was still lit up but with a major difference; no one was there to witness it. Back in August, an American Author wrote a LinkedIn article titled ‘New York City is dead forever. Here’s why.’, which mourned the impact of coronavirus on shutting down the city. You may have seen that it went viral, sparking up a lot of heated conversations. In the end it was concluded (and rightly so) that the love New Yorker’s have for their city is what will keep it alive way beyond the effects that Covid has had on it.

As a result, Charles Fulford – Executive Creative Director at Candid – shone a spotlight on the greatness of New York (not that we needed reminding) and communicated this passion through his ‘Smile On, New York’ campaign. The most NYC way to do this? Via the famous yellow taxi-cabs of course. The campaign saw an abundance of neighbourhood-specific creative assets pop up all around the city, all triggered by each cab’s location.

OOH and social engagement ran alongside, serving to create an authentic, humorous, and captivating campaign that every New Yorker (and New Yorker wannabe) could relate to. From ‘Your Sopranos win Tonys’ and ‘Your local park is 842 acres’, there’s thousands of reasons to smile in this concrete jungle, even in 2020.

This is just one bit of proof of how creativity is, and always will be, the solution. The arts and media has the power to send us on a rollercoaster of emotions, it makes the world colourful, it is escapism and everything in between.

If anything, I would have loved to have self-isolated at the Top of the Rock for the entirety of 2020 to be honest. But instead, I will sit here smiling at just the thought and imagine doing just that…