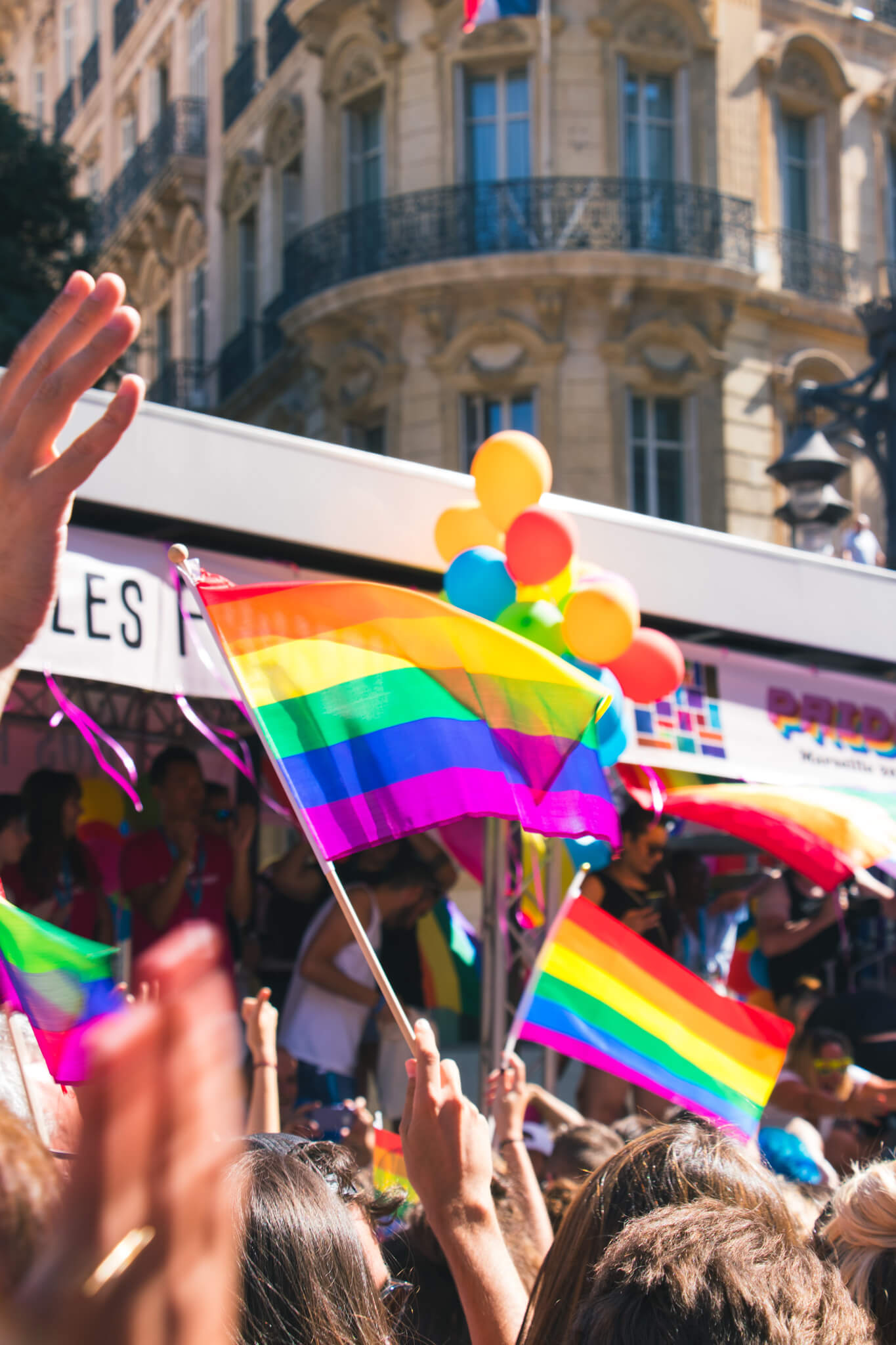 The Best and the Worst of Pride Campaigns

The Best and the Worst of Pride Campaigns

With the 50th anniversary of Pride Month and World Pride behind us, and Pride in Hull taking place this weekend, we thought that we could give you a little tour of what we’ve seen so far when it comes to Pride branding, or should we say Pride with benefits?

Indeed, many brands try to take advantage of this moment of celebration to launch their own pride merch and boost their profits… and we feel like sometimes, they lose the plot a little bit, with no indication that the ‘pride-themed marketing’ actually benefits the cause at all…

Sometimes due to their brand values, or simply the ability they have to get into any event that could be a source of profits, some brands are almost expected to release a pride collection.

This year, Starbucks released rainbow tumblers, and although they released it with a nice statement “Starbucks continues to be an advocate for the LGBTQ community and strives to create a culture of belonging, inclusion and diversity”, there is no indication that profits will go towards the LGBTQ community.

Ok, Disney’s impressive Rainbow Collection (more than 50 products) is mostly made of ‘basic’ glittery, rainbowy Mickey Mouse merch but we must admit they put the effort in by donating 10 percent of all the money collected to GLSEN, an American organisation fighting LGBTQ issues in schools.

With their slogan “Taste the rainbow”, Skittles is one of the most obvious brands when it comes to Pride marketing campaigns. After the 2017 and 2018 backlash of the rainbowless Skittles as part of the ‘Give the rainbow’ campaign, they decided to take a different approach and to directly involve the LGBTQ community in a follow up campaign. Indeed, they persisted in giving up their rainbow logo, they decided to create four different packaging variations in collaboration with artists from the community, with nothing else but a brief stating ‘What does the Pride flag mean to you?’. Although there is no mention of any kind of donation, it is likely that the brand will be donating a percentage of the sales of its limited edition Skittles to charity, as it has done in previous years.

Budweiser was an unexpected one because of last year’s scandal after the brand was spotted sponsoring the World Cup in Russia and The New York City Pride at the same time.

As a sponsor of Pride in London this year, the brand launched a #FlyTheFlag campaign, featuring nine different cups representing the nine different Pride flags. As stressed by Tom Stevens, director of Marketing at Pride in London, companies that are sponsoring the event are investigated to ensure they have inclusive policies and support change even ‘behind the scenes’. Despite Budweiser’s efforts to show its support to the community, people claimed that the brand lacked authenticity. This is probably a bit harsh given that the beer giant will give all its profits from Pride in London to nine different charities, however, it is an indication of how hard it is for brands to shift long established perceptions.

Marks & Spencer struck hard this year with an LGBT sandwich. A Lettuce Guacamole Bacon and Tomato sandwich, you got it? It almost sounds like a joke and this ambitious products has yet to conquer everyone’s heart. Indeed, the public is divided regarding the acronym and the forced association between the LGBT community and a sandwich. Strange move from the British retailer given that the brand already unveiled a Rainbow sandwich for Pride 2018, and faced a similar situation. To mark the release of the LGBT sandwich, M&S will be donating £20,000 to the Albert Kennedy Trust (AKT), an LGBTQ+ youth homeless charity. Fair play.

This last Pride campaign is from Procter and Gamble, and to be fair (pun intended), it almost looks like a typing mistake. The P&G brand, Fairy, dropped the ‘y’ to become Fair for Pride Month. In an interview with Campaign, the brand declared, “For us, it’s about being thought leaders and setting the tone. Showing up and representing the community, and being insightful in how we represent the community, so it drives deeper understanding and can ultimately create change”. We must admit, we still struggle to understand how LGBT washing up liquid will drive deeper understanding and create change. However, to show their support, P&G will be donating £50,000 to AKT. One participation point for P&G.

While most brands appear to give donations and show support to the LGBTQ+ community, beyond just creating a limited edition product range, the question remains, “how much money do brands get and how much money are they donating in return?” There are plenty of instances where it seems like brands, rather than the cause, benefit from flying the rainbow flag… but then, of course, the same can be said for many causes and events.

What’s your favourite pride campaign? Do you think businesses try to cash in on Pride too often? Let us know your thoughts in the comments!