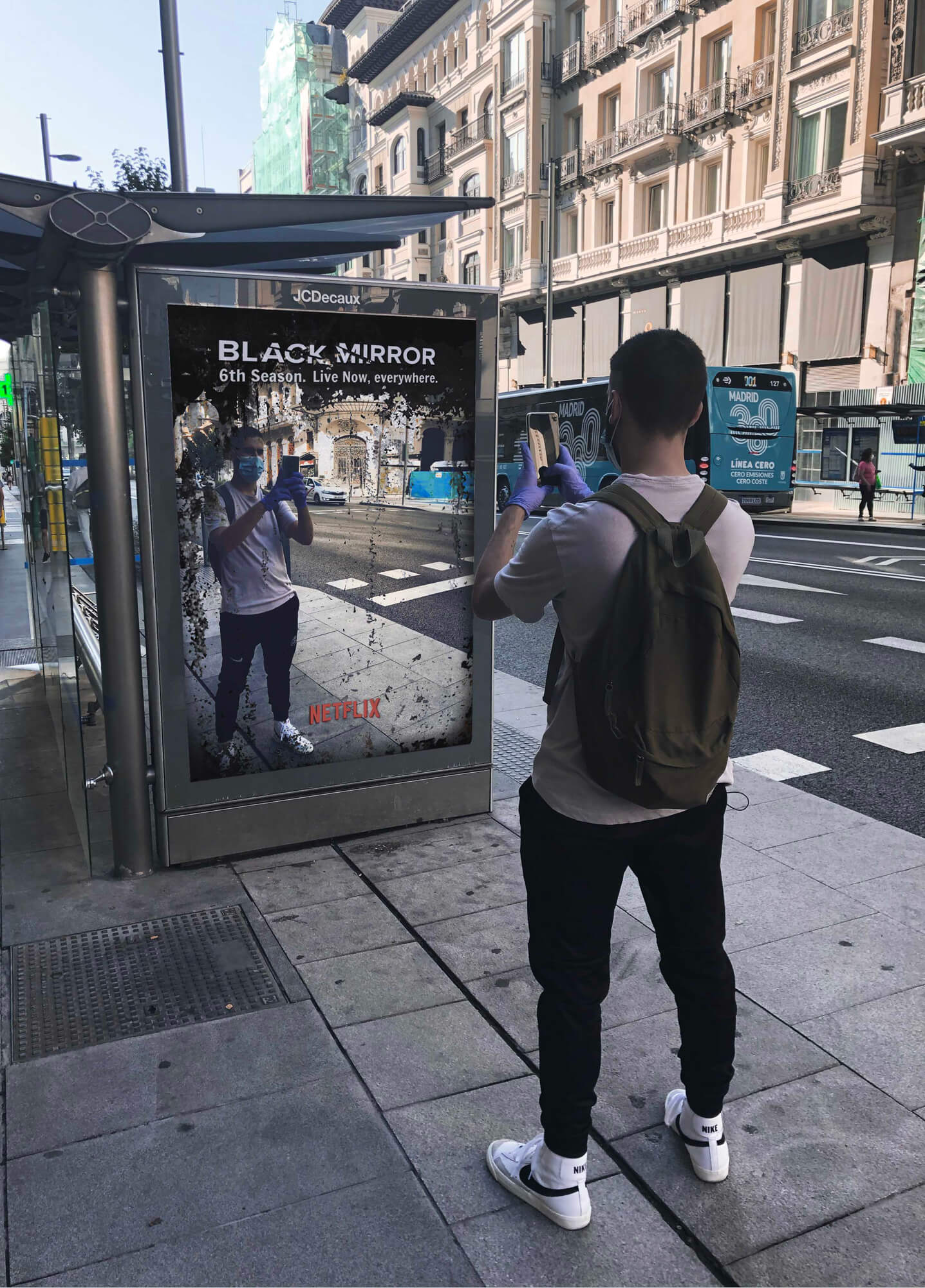 This might be a surprise to you… but this clever ad campaign (which went viral last week), didn’t come from Netflix, nor Black Mirror’s creator Charlie Brooker, but actually from a concept designed as a class exercise where “two pairs of students had to shape an outdoor campaign for Netflix”.

Here at Drunk Animal, we love this immersive yet simple advert. It created a buzz on social media and even made the global news channels. But what’s so amazing, is that it was created by a group of students who used real-life as their inspiration.

If you’ve not managed to see the award-winning series, Black Mirror is an award winning anthology series that revolves around a group of people’s personal lives and how technology manipulates their behaviour. It examines modern society, particularly with regard to the unanticipated consequences of new technologies.

Brother is a school in Madrid which believes in teaching through doing, training students to think in a way to be able to face any kind of creative environment.

And there has been no better ‘environment’ than the real world of late. Brother’s young creators are living through what seems to be a real-world season of Black Mirror. More than 2,000 hectares of bushfire in Australia, Trump almost starting WW3, Prince Harry stepping away from his royal title, the heart-wrenching death of Kobe Bryrant, his daughter and the other passengers, and a global pandemic among other things have given rise to inspiration.

The pandemic has brought to the mainstream, the use of almost alien-like technology around the globe, with robot dogs patrolling parks in Singapore, artificially intelligent drones developed to help firefighters in Australia, and Apple and Google joining forces to create tracing apps – all of which is incredibly Black Mirror-esque.

In a time where Tiger King seems the most believable thing out there, Brooker isn’t sure how the audience would cope with a new season of Black Mirror. During a live talk, Charlie explained,  ‘At the moment, I don’t know what stomach there would be for stories about societies falling apart’, and we don’t blame him.

We also highly recommend you can catch up on all five series on Netflix – it won’t disappoint!