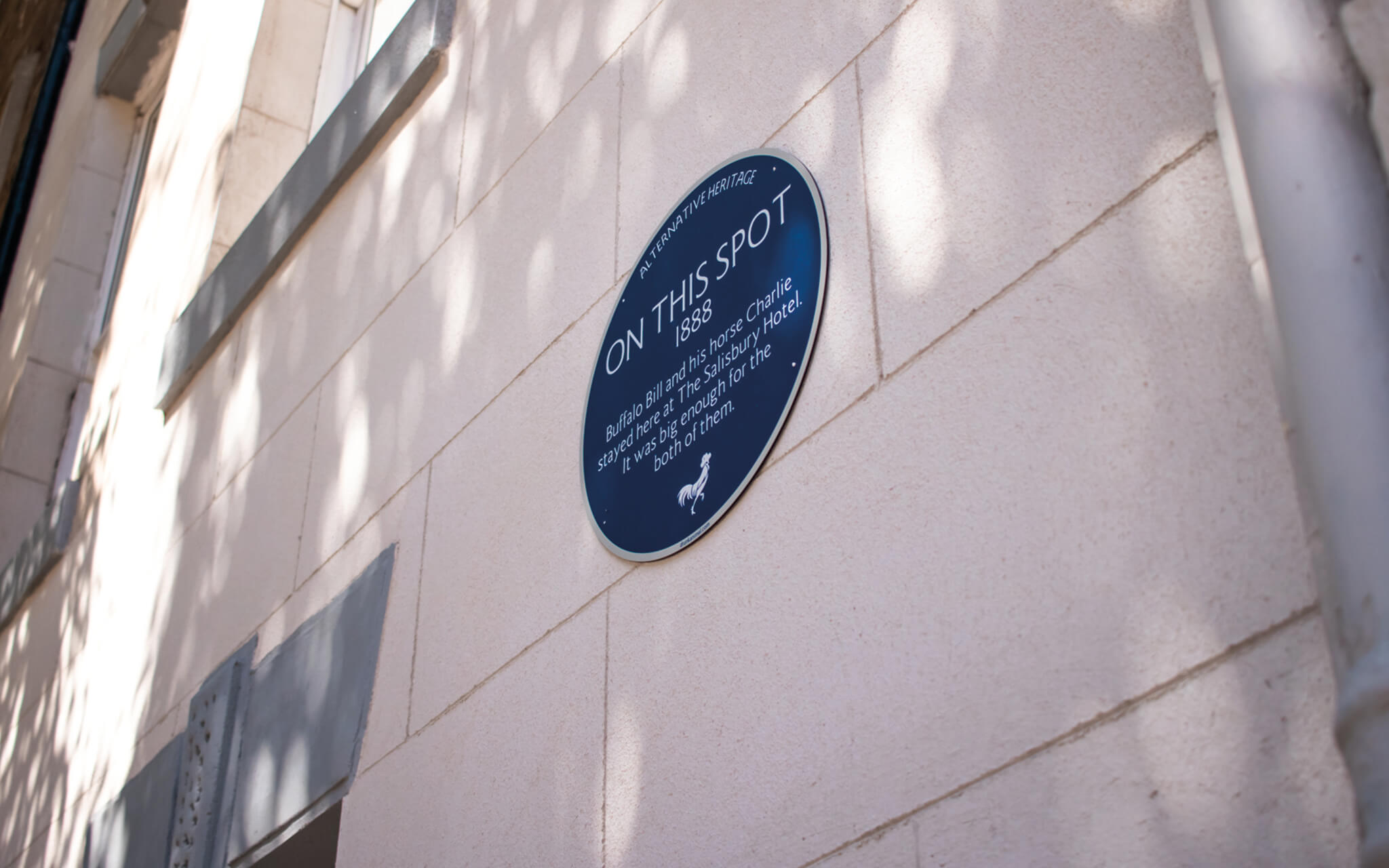 In 2019 we set ourselves the challenge of creating a viral campaign on a budget. The Alternative Heritage project was born from an idea that stemmed back to our Creative Directors time writing a newspaper column on local culture and arts in the lead up to Hull being awarded the City of Culture status in 2018. During this time he met with dozens of artists, actors, writers and performers who embodied the unique quirkiness and variety of the local arts scene.

Over two years he wrote more than 100 columns focusing on local arts and culture as well as some of the more interesting pieces of Hull’s history. This initial exploration of the strange, interesting and engaging stories that made up the city’s history was a starting point to a project which would gain national attention.

In 2019 our team began to focus on some of these stories and set about the task of unearthing further pieces of history and legend that formed part of the city’s makeup. We formulated a plan which involved an initial guerrilla style unveiling of a series of blue plaques that celebrated these decidedly local stories and that would generate local media attention. Our initial series of plaques deliberately included no branding and were erected in the dead of night so as not to attract any attention. As the city awoke the following morning and the plaques were spotted they began to be shared across social media channels and the local press quickly picked up on them.

The rapid growth of coverage across social media deliberately appeared to be organic, however the planning and execution of the project took several weeks. From gaining permission to fix the plaques to buildings across town, to the careful selection of the initial plaques, the project was planned meticulously in order to gain maximum coverage. Despite having the initial twenty plaques planned and manufactured, we knew that in order to build momentum we had to release them in a particular order. The first series of plagues were fun, friendly and light-hearted, playing on local dialect and sayings.

The initial series of plaques began to enjoy coverage across local media and were shared thousands of times on social media channels, with many asking who was responsible for the stunt. We kept quiet, erecting further plaques at the most quiet times throughout the night to avoid being discovered.

Once we were sure we had the attention of every local news platform we erected the plaque we knew would divide opinion, and included our logo alongside, albeit without our name. The controversial Ronnie Pickering plaque was erected and immediately drew local, regional and then national attention.

As coverage of the new plaque grew we began to plant the idea that Drunk Animal may be behind the project on social media, and the discussion grew from there. Once the time was right we released a statement about our involvement in the project and our intentions, and the story gained further national attention, including across all national newspapers, on BBC News, BBC Radio 2, BBC Radio 1, The One Show, Lad Bible and has since been viewed more than 30 million times.

The plaques have become iconic in the city – and were in the process of creating our Alternative Heritage Trail. 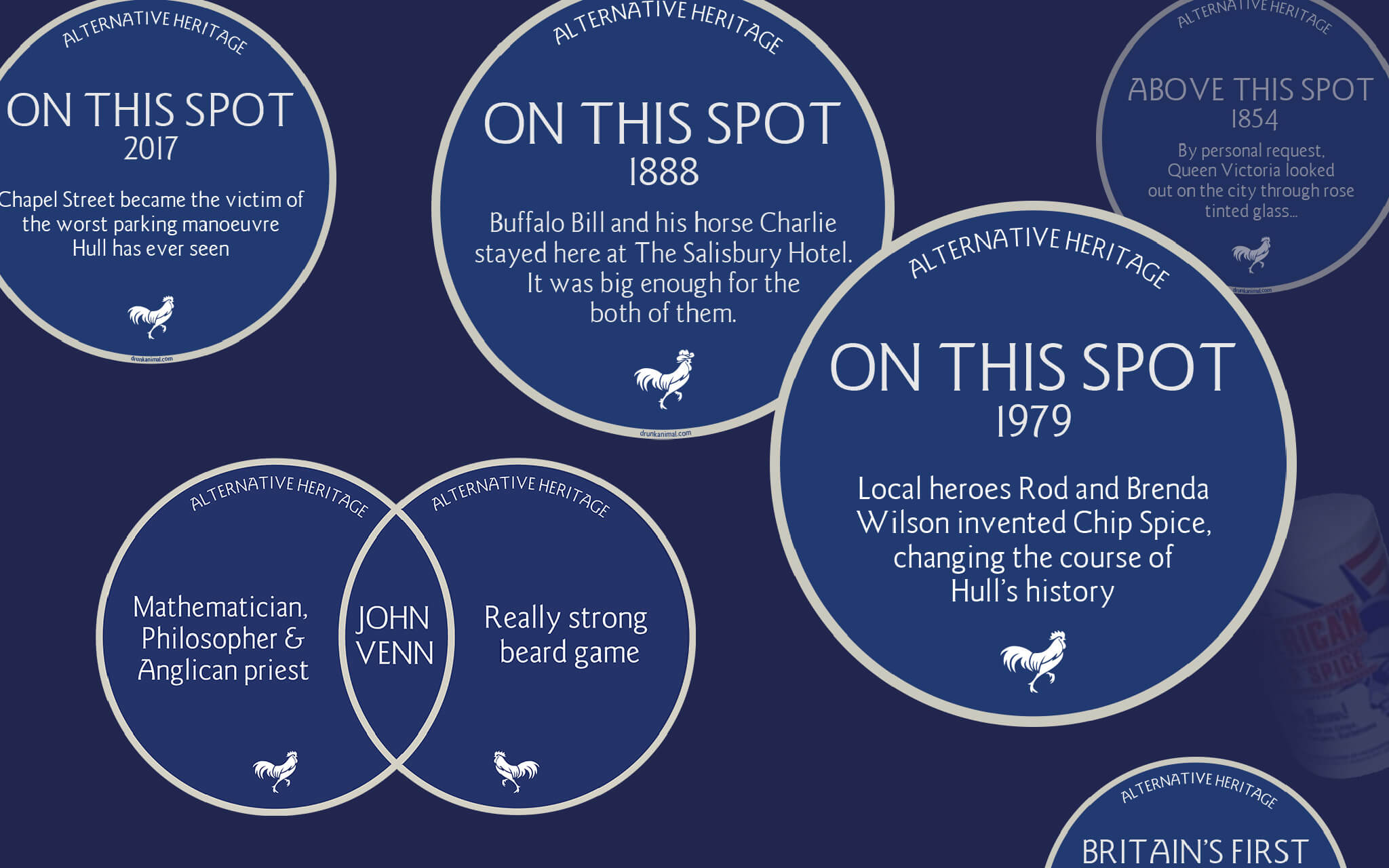 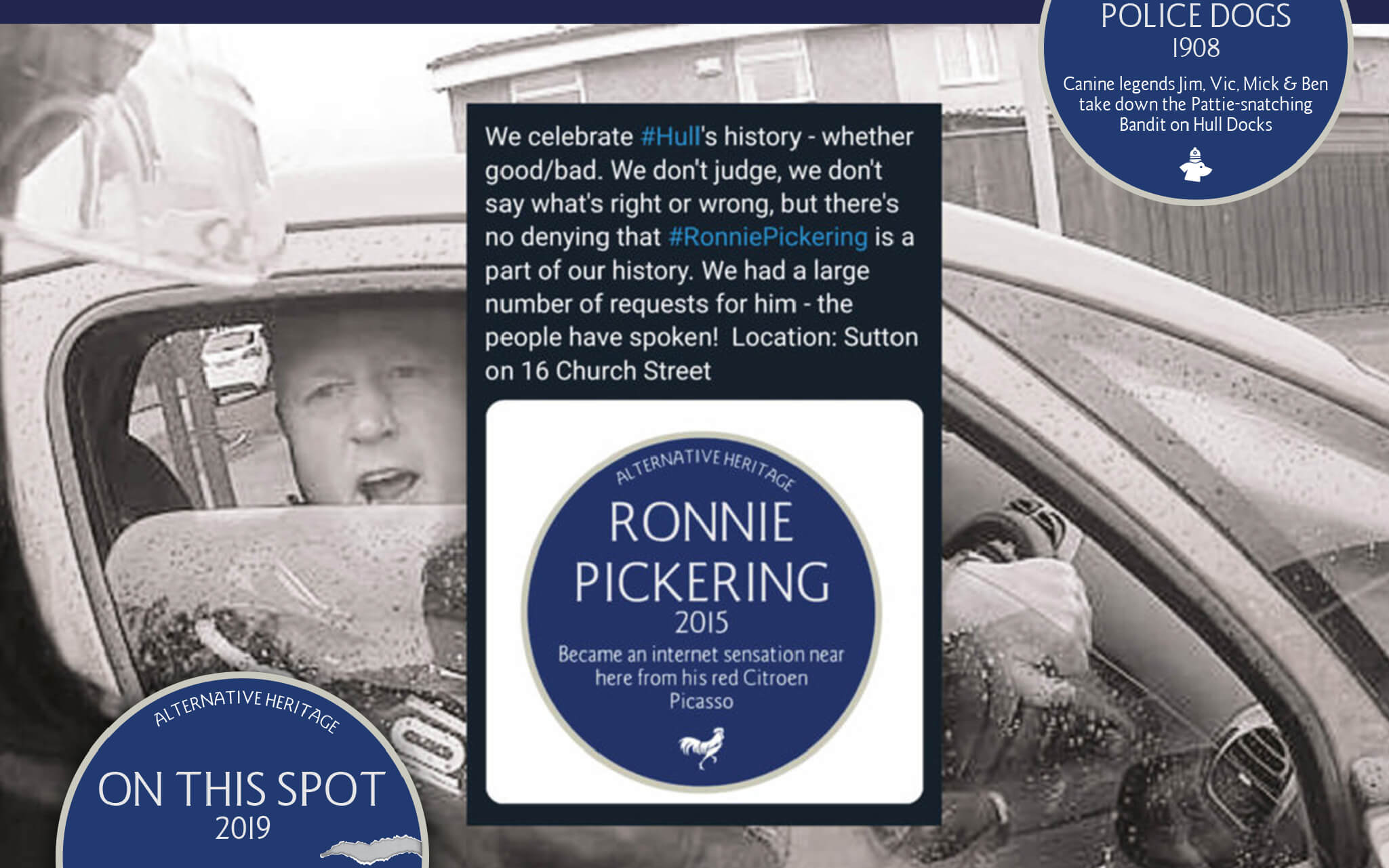 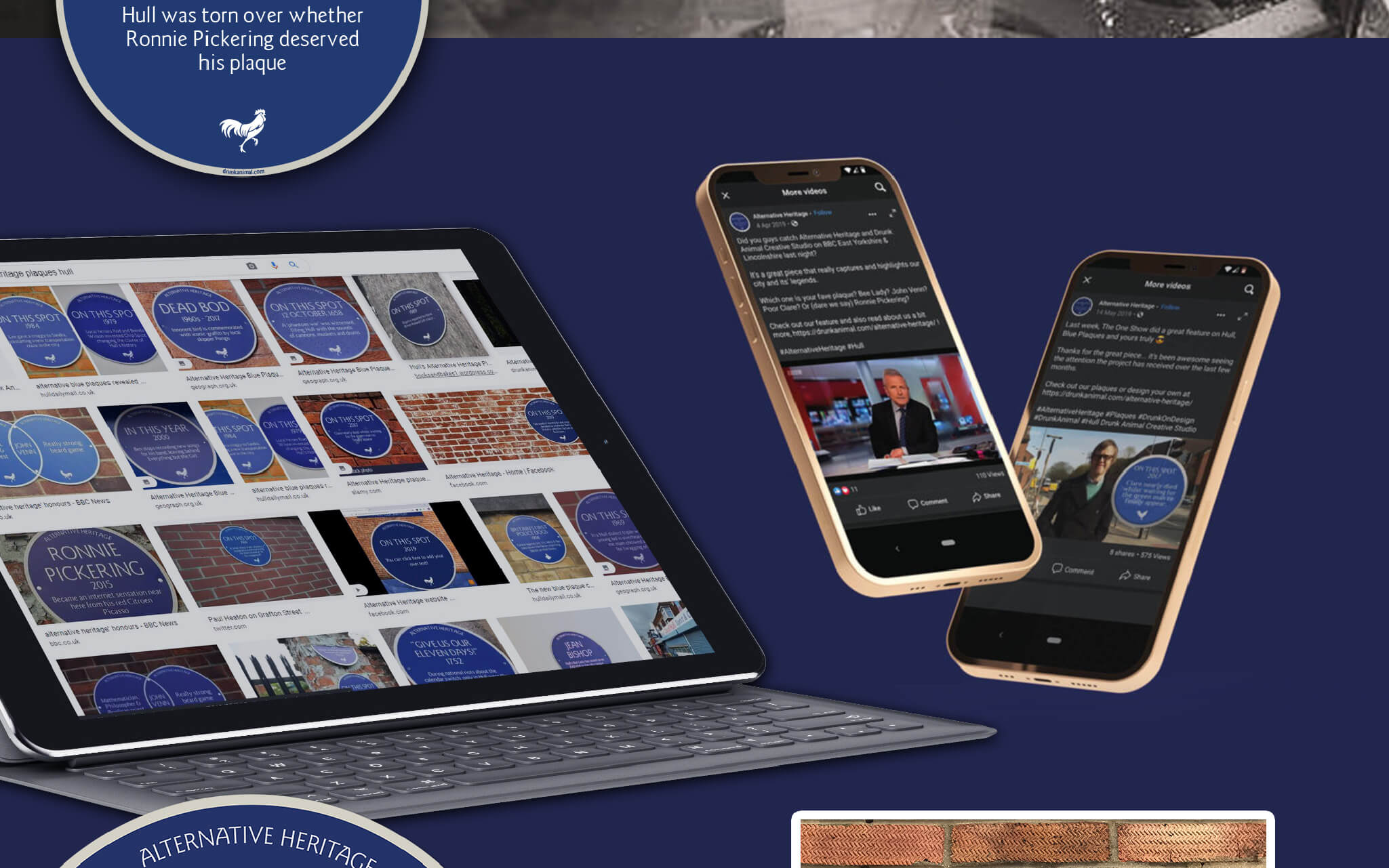 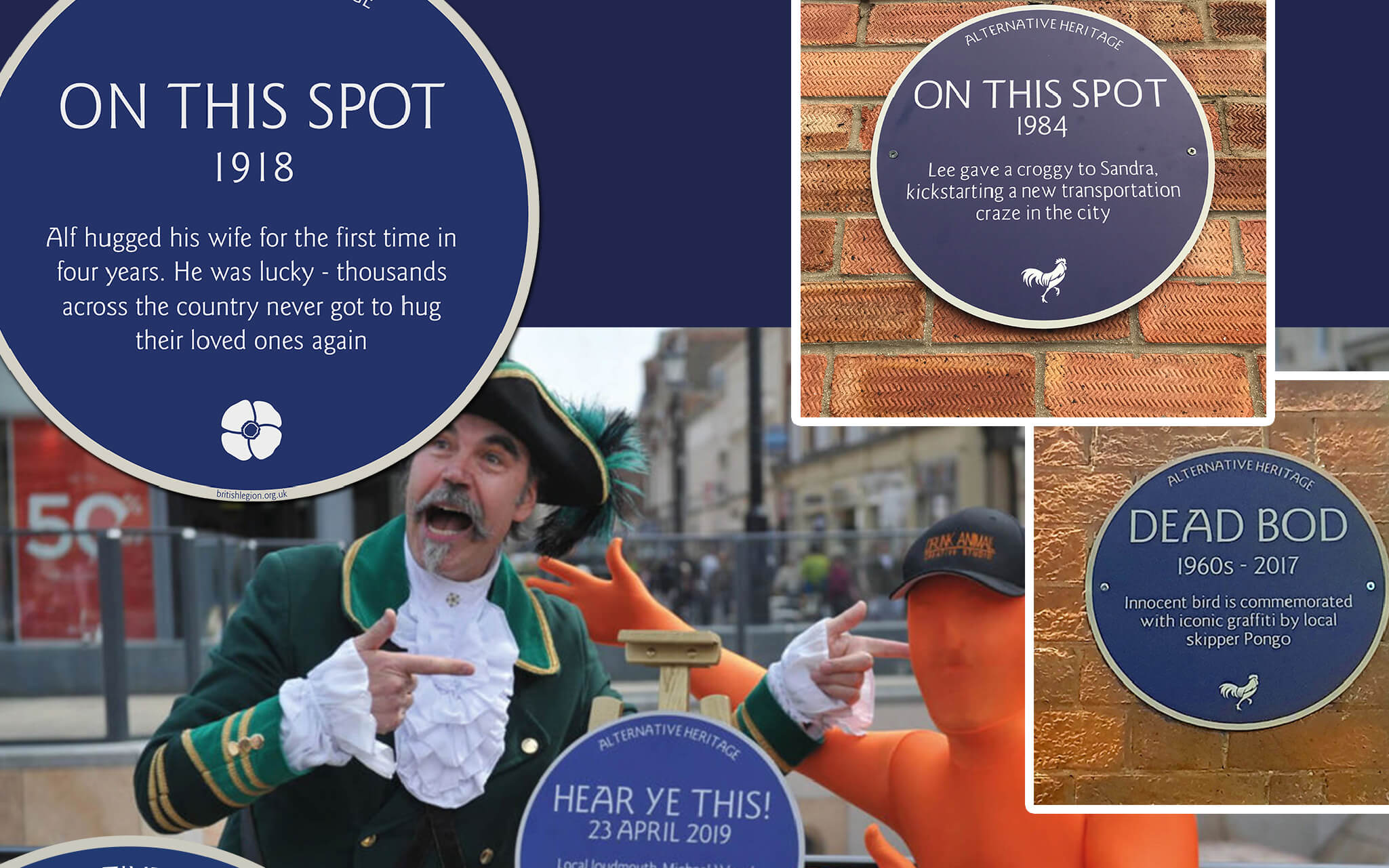 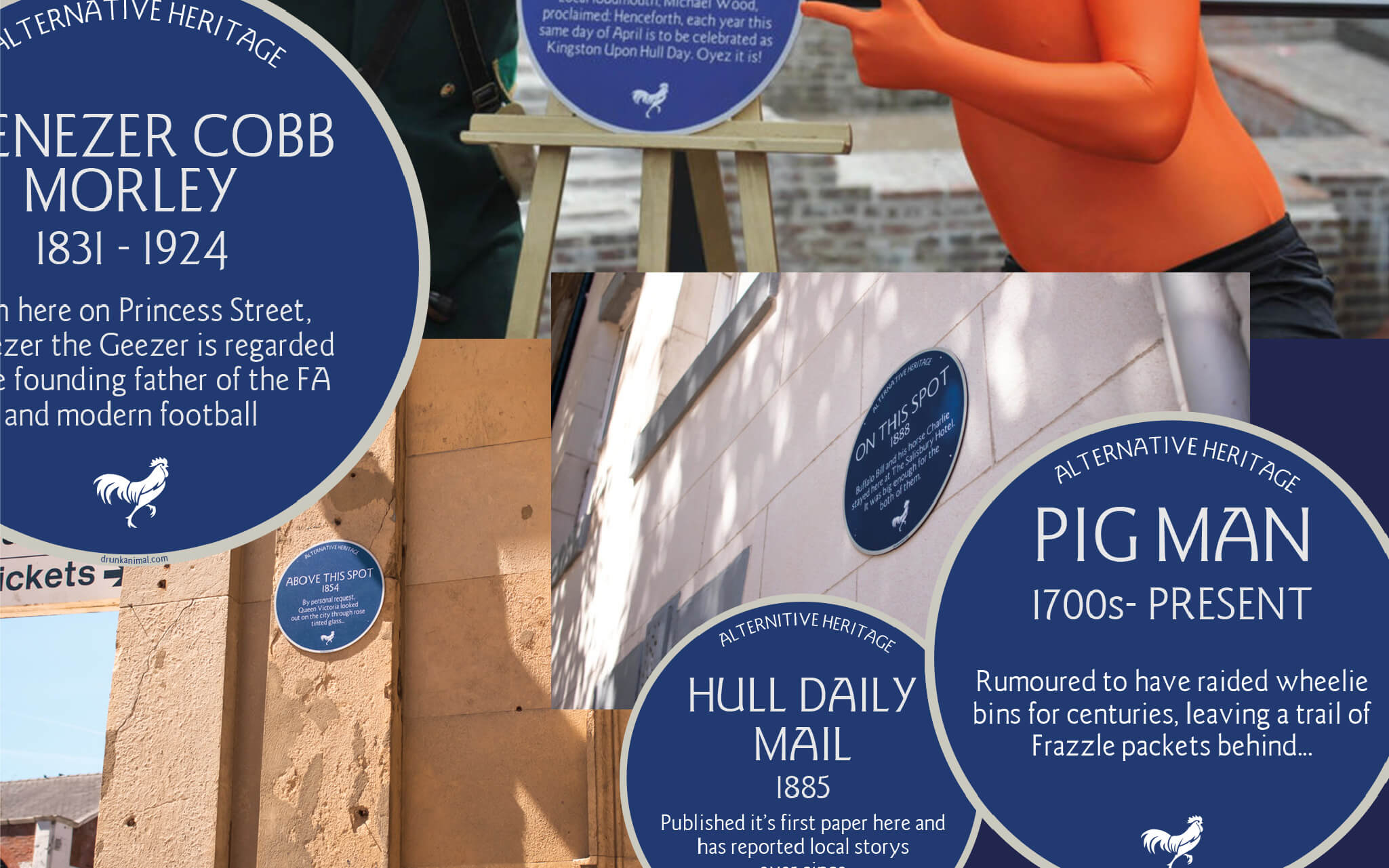 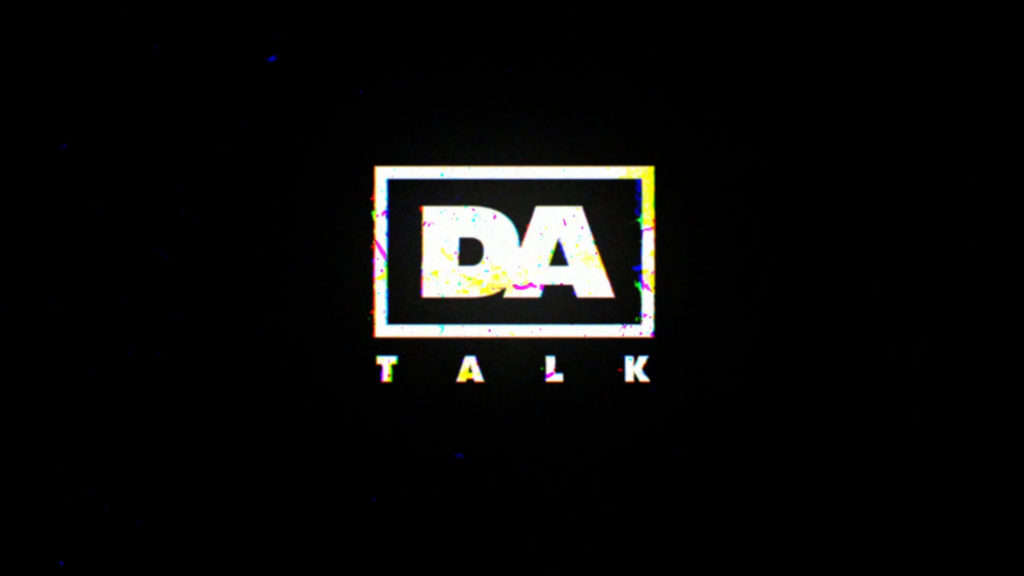 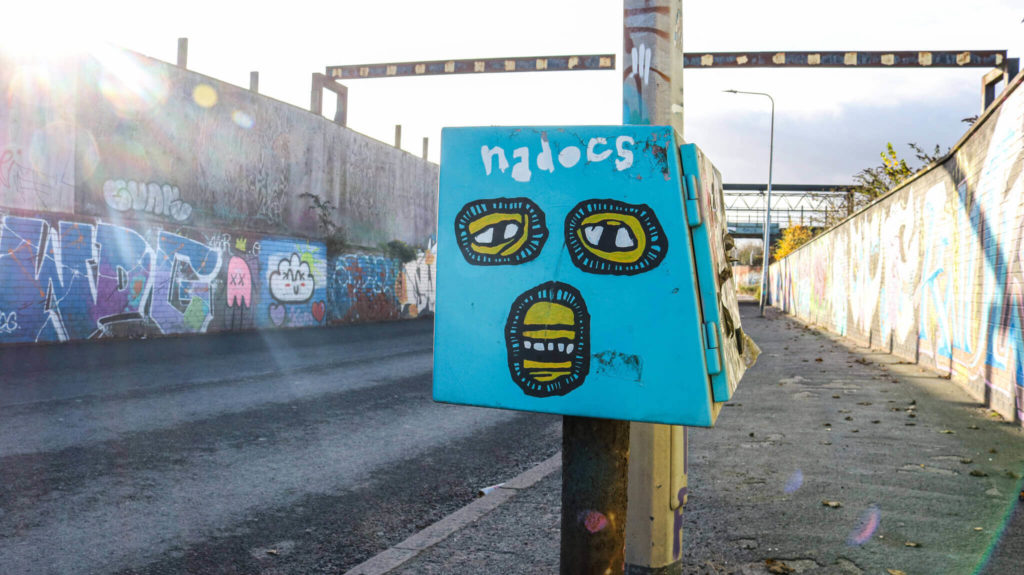 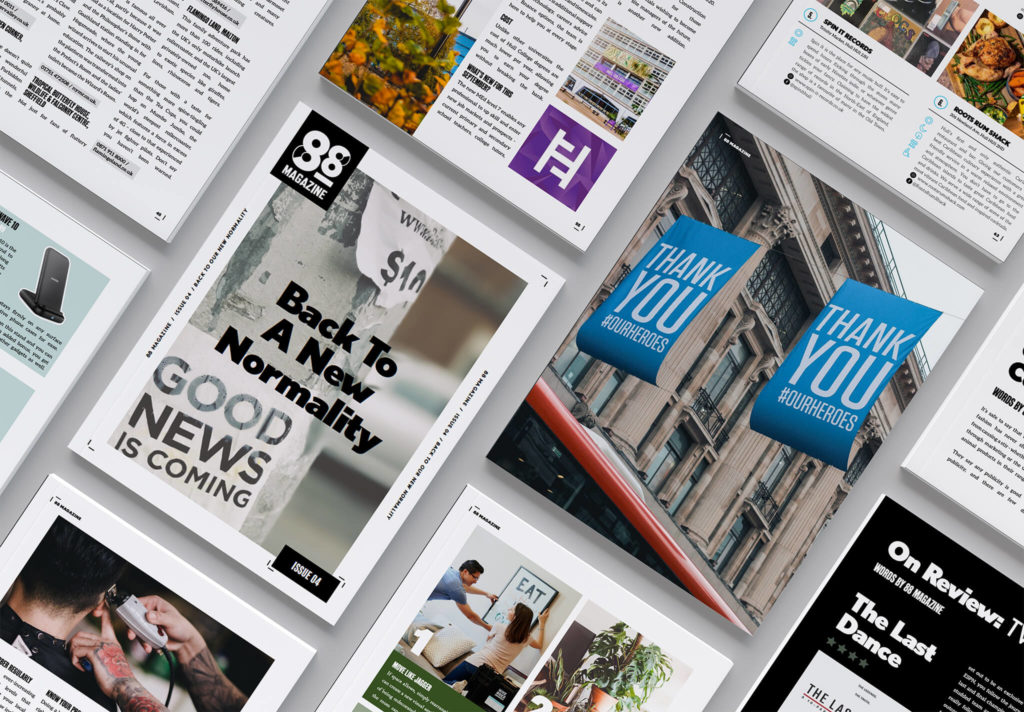