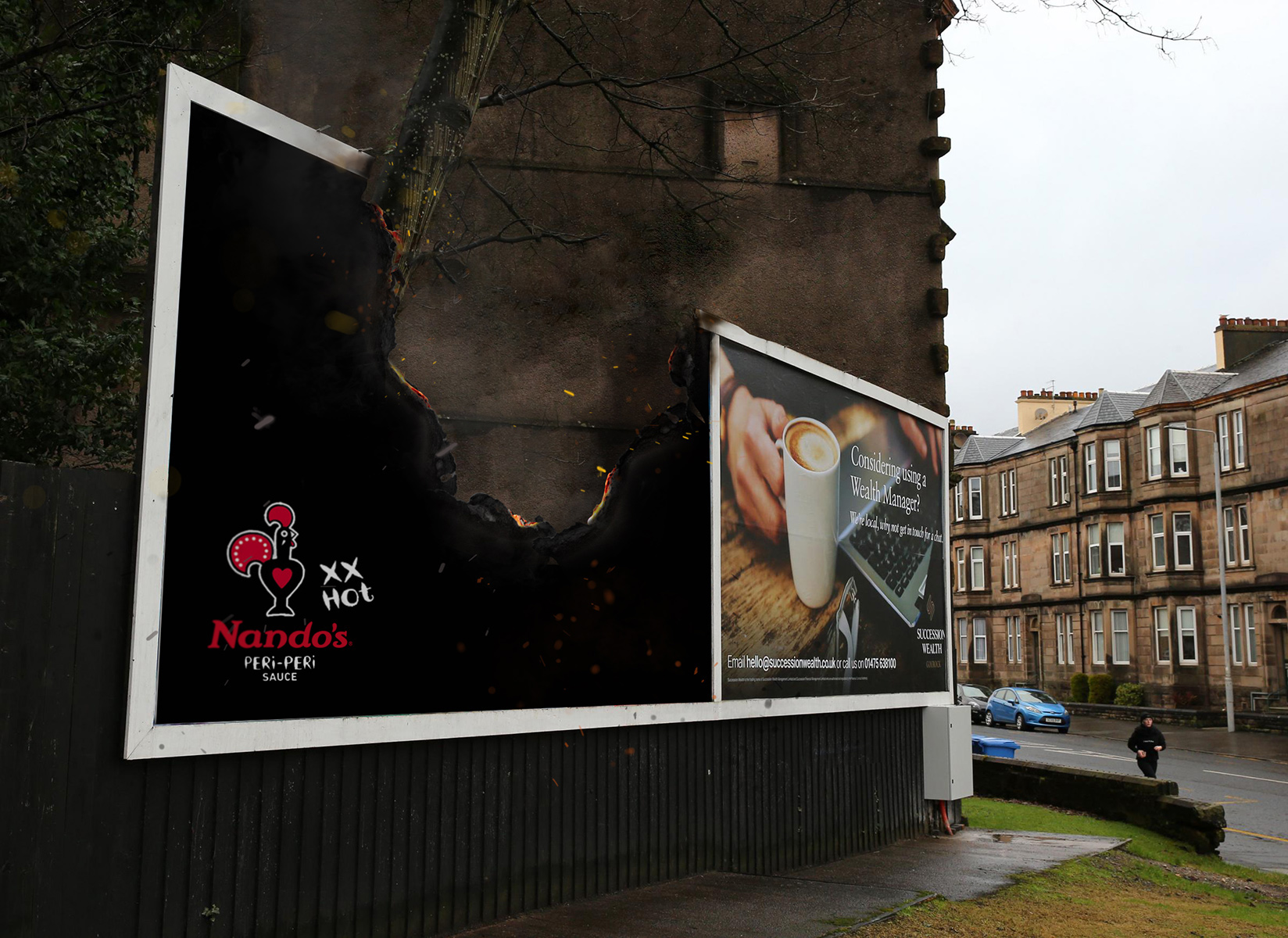 Earlier this year another creative concept from the team at DA when viral, receiving hundreds of thousands of views over just a few days. The ‘Nando’s Burning Billboard’ was created to advertise their XX-Hot Peri-Peri sauce and featured a simple black billboard with the Nando’s logo…. the billboard smouldering and smoking having just burst into flames.

The creative out of home concept drew the attention of marketing teams and blogs across Europe and led to a number of people getting in touch to ask where they could go and see it in place.