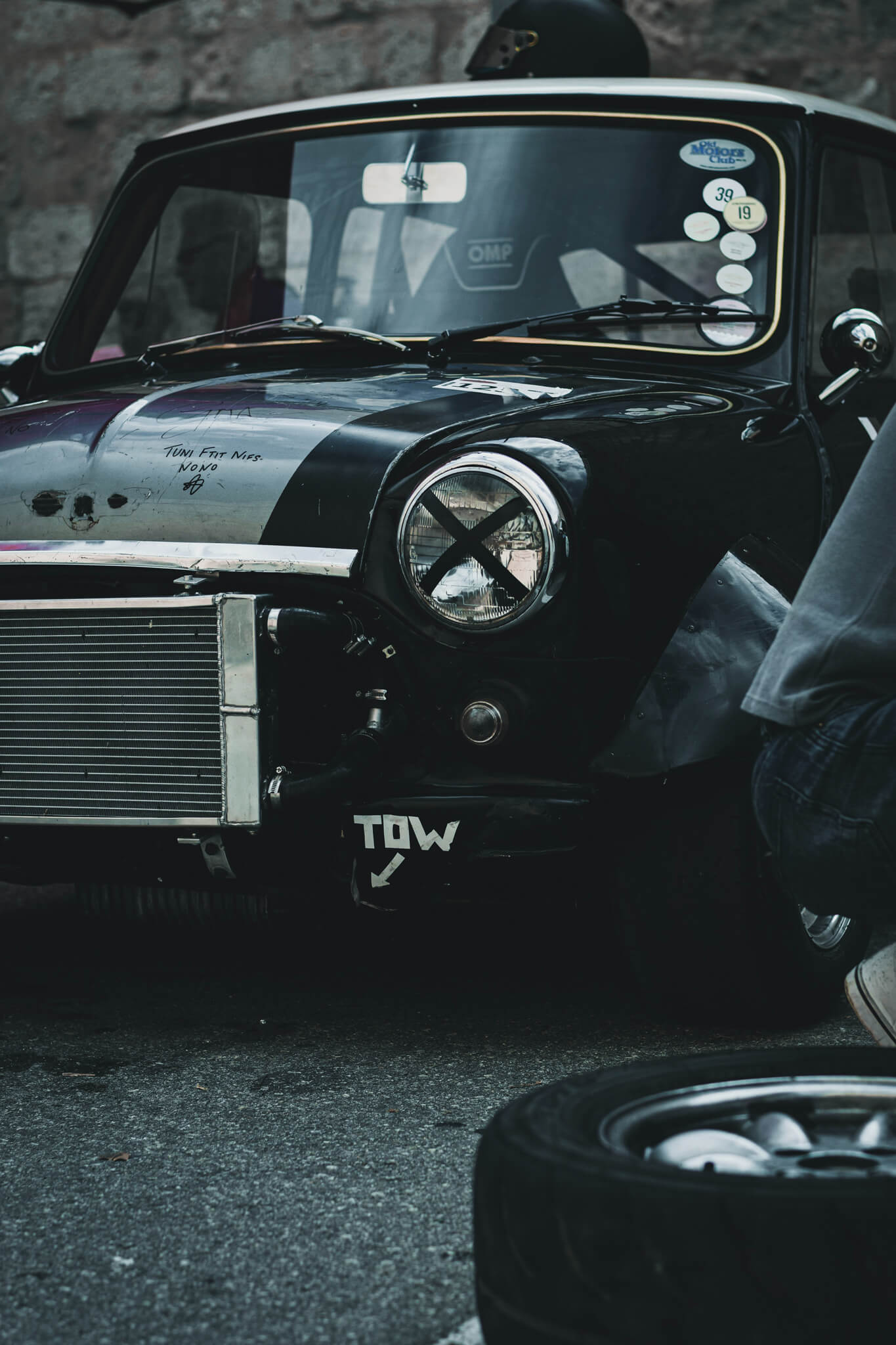 In 1959, a design team arranged four seats on the floor of a car factory. A wide variety of participants, of all shapes and sizes, then sat in the imaginary car and expressed to the designers how much space they wanted, where room was needed and what kind of storage would suit them. From this pioneering exercise: a legend was born.

This simple and innovative way of thinking led designers to re-imagine the standard car size of the time. By discerning exactly how much space was needed for the people inside the vehicle, they reduced dimensions of the average model and created something smaller. This was the beginning of a design icon that would come to characterise 1960s Britain; more, perhaps, than any other car design has defined an era before or since.

The greatest thing on four wheels

The Mini was the coolest thing on wheels in 60s Britain. It has had three starring roles in one of history’s greatest driving movies, it inspires devotion among its fans and it has even been reimagined for a whole new century.

Minis were a brilliant solution to London parking difficulties, a fact that played a part in making them fashionable in what was then the style hub of the western world, but it wasn’t all plain sailing. Poor first year sales meant that the British Motoring Corporation, who had carried out the pioneering research, had to push their marketing department into overdrive. To boost public interest and generate sales, they gave the vehicles to high profile figures; such as Cliff Richard and influential fashion designers like Mary Quant.

Their tactics worked. By the time the sixties really got into their swing, a popular desire to own a Mini had grasped Britain. Everyone from Mick Jagger to Rowan Atkinson had to own one. Their allure didn’t cease at the borders of the British Isles either: Steve McQueen and Enzo Ferrari have both added Minis to their legendary car collections in the past.

More than 5.3 million original Mini Coopers have been sold, making it the best selling British car in history. The new Mini, based on a re-imagining of the old design, is not too far behind with sales exceeding 3 million.

Small cars were important in the push to combat post-war fuel shortages, as well as the aftereffects of The Suez Crisis, but the Mini still needed to be perfectly functional. Makers and engineers had put in the work to build a car that was compact, comfortable and contemporary.  They had sat for hours on a factory floor with partakers; watching them stretch, use imaginary shelves, mimic driving movements and had subsequently listened to their feedback; the designers behind the Mini knew they had something special in the making.

The engine was as small as possible and was turned to the side, which had never been done before in car design. The bonnet was reduced, and 80 percent of the car’s internal space was solely for the passengers’ use. The Mini Cooper, along with the blueprint for a whole host of future cars including the Lamborghini Miura, the Lancia Montecarlo and almost all recent Volvo models, was born. Progress is usually achieved by a culmination of mini steps, but in 1959 a giant leap of innovation and creative thinking was taken… and the subsequent design is still with us to this day.